My Students and their Books 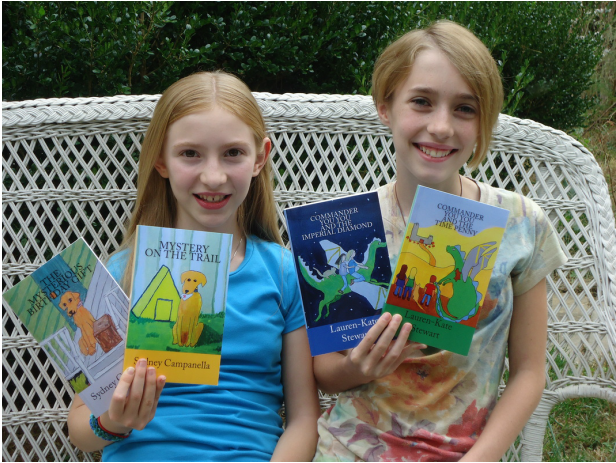 Sydney Campanella (my daughter) and Lauren-Kate Stewart took their first writing class with me when they were in the fourth grade. By the end of that year they had both written and revised their first novels. The girls continued their writing class for four years. Before they finished middle school, Sydney published three books in her mystery series, and Lauren-Kate published two in her fantasy series. All of their books are available at Amazon.com. I couldn't be more proud of them!

To learn more about these girls, see their stories on The Global Girls Project website.

Sydney Campanella is the author of the Matt and Teresa Mystery Series. Sydney wrote The Mysterious Birthday Gift when she was 10 years old and Mystery on the Trail at age 11. She finished Mystery at Camp Lakeside when she was 13. These books take the reader on exciting family adventures. Sydney has crafted thrilling page turners with appealing characters including a mystery-solving brother-sister duo and their lovable, rambunctious golden retriever named Rusty. Over 150 pages long, these chapter books are suitable for boys and girls aged 7 to 12. 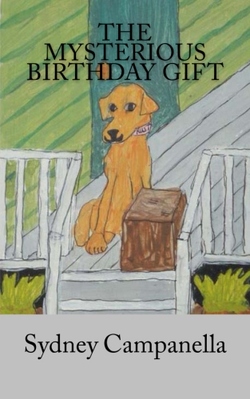 When Matt Jones receives a mysterious package on his birthday, the search for who sent it begins. In this wholesome family story, Matt and his sister, Teresa, look for clues and have several adventures and harrowing experiences including a near kidnapping and a fire at the family's greenhouse. Will Matt and Teresa solve the mystery before the greenhouse is destroyed? 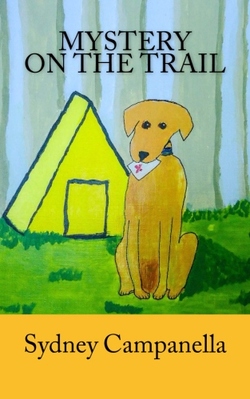 Mystery on the Trail (Book 2 in the Matt and Teresa Mystery Series)
​
​Teresa and Matt Jones are excited about hiking the Appalachian Trail with their family. When Rusty, their golden retriever, turns up with a map, Teresa and her brother discover a series of hidden camps and find themselves in the midst of a new mystery. Teresa and Matt meet friends along the trail and have fun adventures, but struggle with their sibling relationship. The issues between the escalate just as Matt learns a secret about his new friend that sends both boys into a life-threatening situation. 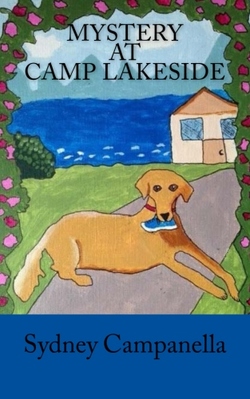 Mystery at Camp Lakeside (Book 3 in the Matt and Teresa Mystery Series)
​
Teresa and Matt Jones arrive at Camp Lakeside with their golden retriever Rusty, ready for a week of outdoor fun. Both kids are hoping to make friends with the other campers. But Matt gets bullied by a boy named Jonathan, and Teresa gets rebuffed when trying to befriend his sister Kim, a shy girl who is always writing in her journal. Peering through a crack in her top bunk, Teresa discovers a secret about the girl’s father that explains why she and her brother are acting so strangely. When danger threatens Teresa and Kim, the boys team up along with Rusty to save the girls and set an innocent man free.
Lauren-Kate Stewart 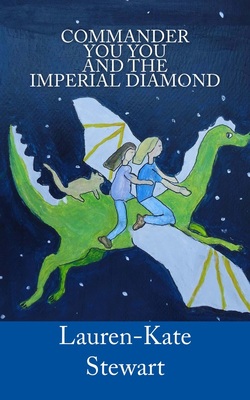 Commander You You and the Imperial Diamond (Book 1)

The Imperial Diamond has been stolen! Whoever possesses the diamond has the power to rule the galaxy. Commander You You and Abby have five days to find the diamond and return it to King Ufa Gufa, its rightful owner. Join the kids on an exciting adventure through space as they meet up with unusual animals and zany characters. Will they find the diamond and make it home safely? 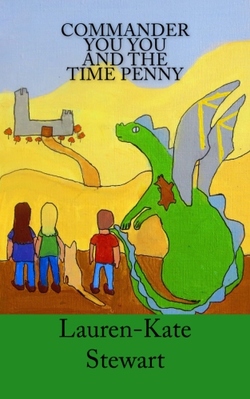 Commander You You and the Time Penny (Book 2)

In this sequel to Commander You You and the Imperial Diamond, His Imperial Overcookedness returns and has stolen the Time Penny, a magical penny. King Ufa Gufa sends best friends Commander You You and Abby on another quest - this time through time and space. The girls must retrieve the Time Penny and rescue the king's nephew before His Imperial Overcookedness takes over the cosmos. With their heroic space cat Fluffy and beloved dragon Albert, the girls discover a planet made of cheese, a grackle and other unusual places and characters.